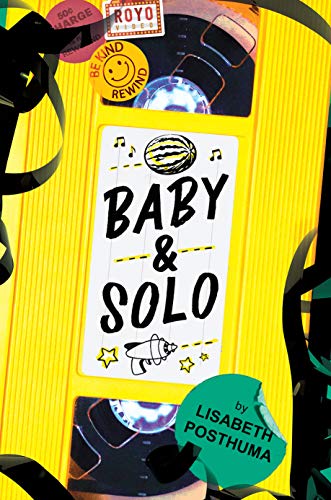 I adored this book! It was kitschy, profound, funny, and heartfelt - everything I want in a young adult book. Joel has finally been given permission to start a new phase in his life - his counselor thinks that after years of mental hospitals, therapy, and distance from THE BAD THING that Joel is ready to press play on his life. For Joel that means re-entering society and getting a job like a normal teenager. He lands a job at a local video store despite his initial misgivings fits in with the other quirky oddballs who work there. They all go by their favorite movie characters rather than their real names and Joel is dubbed Han Solo. His boss Scarlet (ala Gone with the Wind) is so maddeningly hot it drives him and all the other male employees up a wall. But where he finds true kinship is with Baby (Dirty Dancing), the nonstop puking girl (is it anorexia or something else) who is whip smart and funny. They hit it off and Solo realizes that maybe he isn't the only one with problems - maybe they're all a little frazzled but the key to moving on is making friends and propping each other up. Fantastic. A cast full of characters that readers will laugh with and root for.
Posted by Erin Cataldi at 11:46 AM