Who's the New Kid 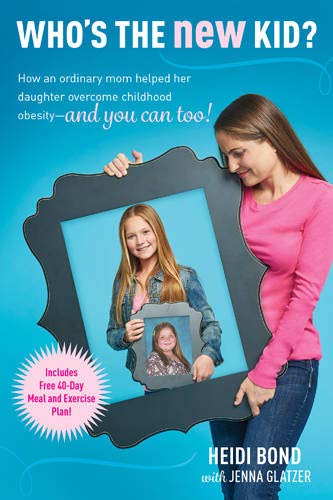 While this book isn't aimed at single twenty somethings, I still got a lot out of it. It is a very inspiring journey of a young overweight girl and her family, and the steps they had to take to turn their lives around. Breanna had been overweight her entire life, she was always the chubbiest, least athletic kid on the playground. Her pediatrician assured her parents that she would "grow into it" but by the age of 9 she was treading dangerously close to the 200 pound mark and her parents knew they had to really do something about it. For years they had eaten as unhealthily as possible and that had clearly taken a toll on their daughter. Unsure of where to start, Heidi (mom), slowly started changing their diet and enforcing after school sports as well as four, one hour walks a week. It was a long journey, but the whole family committed and the weight began to come off Breanna. Nearly a year later and she had shed nearly 80 pounds. She was a whole new person, and much to her delight, she discovered just how fun sports were. Included in the book is a 40 day meal and exercise plan with plenty of recipes. It's inspiring and has good advice for everyone. However it is mainly intended for parents with obese children.

I received this book for free from Litfuse Publicity in return for my honest, unbiased opinion.
Posted by Erin Cataldi at 1:00 AM