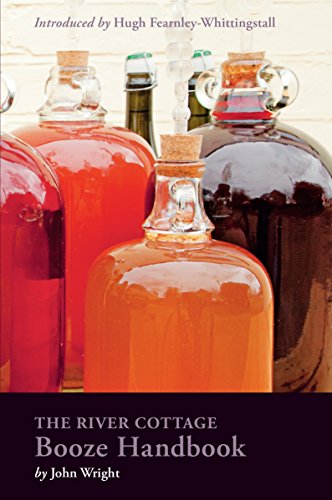 I'll admit, I'm not even a novice when it comes to making booze, I'm a nothing. I can't even properly mix a drink and I tend to bastardize drinks by choosing the cheapest of ingredients (I'm a tightwad, I'll admit it). This guide has definitely made me inspired though to at least try infusing. I've always been jealous of all the home brewers out there and I'm super impressed with all the craft breweries, wineries, and meaderies that have cropped up in Indiana. I love craft beer and homemade wine and this book has inspired me to at least consider trying it. The book is broken into four sections: infusions, wines, ciders, and beers. Each section is meticulously broken down and filled with pictures and illustrations on how to attempt the process. It doesn't look as daunting as I imagined it, but it still looks a little out of my league. All of the recipes include are catered to the UK and the wild fruits, plants, and edible foliage out there, but most of it can be replicated here in the states as well. I plan on starting small and trying some of the heavenly sounding infusions: blackberry whiskey, raspberry vodka, pomegranate rum, and rhubarb vodka. I need to start making them now so they'll be readiny in a few weeks. I'm already thirsty!

I received this book for free from Blogging for Books in return for my honest, unbiased opinion.
Posted by Erin Cataldi at 9:18 AM