My Story by Elizabeth Smart 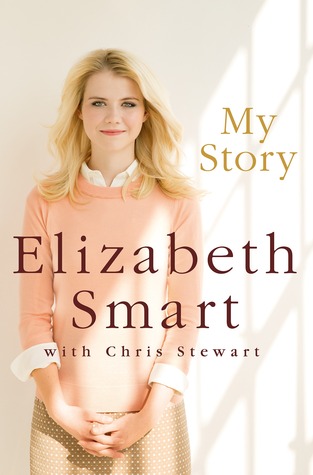 This haunting and inspiring memoir will have readers horrified at the atrocities that then fourteen year old, Elizabeth Smart had to endure. Having been kidnapped at knife-point from her safe Mormon home and then subjected to daily rapes and humiliation from her captors, Smart's story of despair turns amazingly into hope. Her nine months of capture just steeled her resolve in her faith and her commitment to doing the right thing and showing constant gratitude. Elizabeth's story captured the nation's hearts in 2002 and will continue to do so in this heartfelt memoir. Her intimate story sheds light on her captivity and how she was able to rebuild her life after such an altering and scarring event. The audio book has an extra dimension of truth and emotion since it is beautifully narrated by the author, Elizabeth Smart. For fans of inspirational and Christian memoirs. - Erin Cataldi, Franklin College, Franklin, IN.
Posted by Erin Cataldi at 10:01 PM