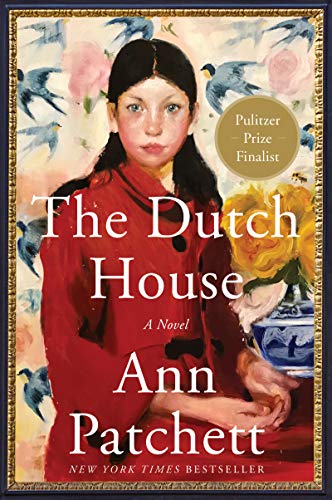 I've seen this book cover and always judged this book as some over-hyped literary nonsense that I would probably hate... and boy was I wrong. This book was selected as our August book club selection so I went into it blind, and I was pretty much hooked from the beginning. I read this in one day. The story centers on Danny and Maeve two siblings who had the fortune (or unfortune) to grow up in the stately manor known as the Dutch house. The house is dark and gothic and is essentially a character. Their childhoods center around this house, their mother left because of the house, and when they are forced to eventually leave the house they can't keep away. What is the pull? Why does it matter? Maeve and Danny are two ultimately flawed and relatable characters, both of whom I grew to really enjoy - throughout the book they never grow apart and have a great sibling bond even as their lives change. A fantastic book with great "villains" and thoughtful questions. It's a title I will definitely think about often.
Posted by Erin Cataldi at 9:37 AM