The Leopard is Loose 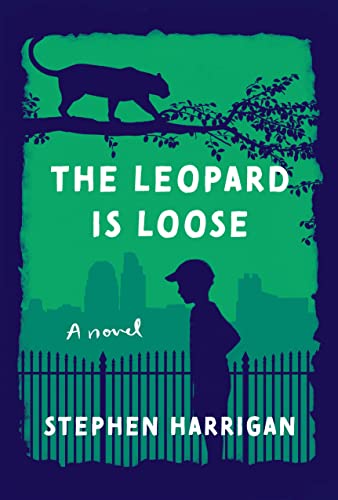 Five year old, Grady McClarty, is about to have one of the most tumultuous and momentous summers of his young life. Post World War II Oklahoma City is fraught with racial tensions and a false sense of tranquility. When it's announced that a leopard has escaped from the local zoo, the city is gripped with fear and excitement. Grady and his older brother are equal parts terrified and intrigued, while their two uncles are excited at the prospect of bagging the wild animal. World War II may have ended before Grady was born but he can feel the effects all around him even if he can't understand it. His widowed mother, Bethie, is still grieving and fearful for her sons and his two uncles are erratic and suffering from alcoholism and PTSD, yet still determined to act as father figures for their nephews. Told through the naïve and youthful view of a five year old, The Leopard is Loose, tells what it's like to start viewing the world through a new lens. The underbelly of segregation, WWII trauma, family dynamics, and the complexity of right versus wrong are digested piece by piece by Grady, who is the heart and soul of the novel. Wonderfully narrated by George Guidall, whose distinct voice brings an authenticity and energy to young Grady. A coming of age novel that is filled with humanity, grief, possibility, and hope. - Erin Cataldi, Johnson Co. Public Library, Franklin, IN

Email ThisBlogThis!Share to TwitterShare to FacebookShare to Pinterest
Labels: stephen harrigan, the leopard is loose