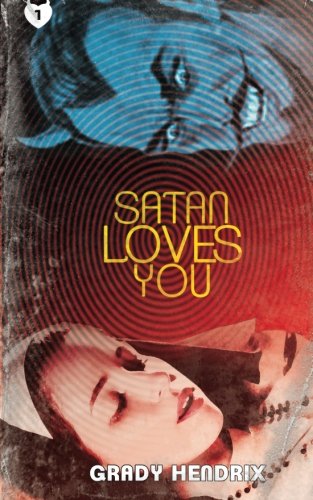 If you are into bizarre - then this is a book for you. I've long loved Grady Hendrix and his absurd horror novels and this one was a real treat - while not my favorite of his - it had the most fun imagining of hell that I've ever read or seen. Satan has been struggling for eons - there simply isn't enough money to keep hell running at the standard it was used to. The demons are dispirited, it's becoming rundown, and Satan has had enough. He fired Death in a fit of rage, is trying to find a fighter for the upcoming Ultimate Death Match versus Heaven, is being sued by a woman claiming he assaulted her, and then gets word that the angels up above need him to kill a nun. Simply put Satan snaps. Intricately detailed with hilarious asides, this reads like a B-movie and is so much good fun. I could have cared less about the plot and just read about how hell operates. Definitely a uniquely weird read.
Posted by Erin Cataldi at 2:42 PM