The Women of Troy 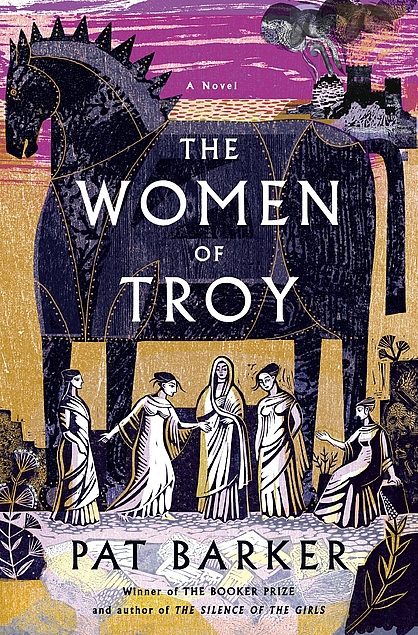 Not as strong as her first book in the series, The Silence of the Girls, but still a wonderful imagining of what happens to the women left behind or captured in war. The Women of Troy takes place right after Rome has fallen to the Greeks. Instead of sailing back to their homes as victors, the Greeks are stuck on the beach as the gods punish them with horrible winds. Briseis, once a queen of Troy, then a slave bride of Achilles, is now forced to marry Alcimus. She is largely overlooked because she is a woman, but her life has drastically improved now that she is no longer a slave. Alcimus is a good man that doesn't force himself on her and for that she is grateful. Briseis spends her time trying to improve the lives of the slave women in her camp while also tracking down the former Trojan women who lived in the palace; Hecabe, Helen, Cassandra, and Andromache. With the exception of Cassandra, all are slaves forced into uncertain futures. As the Greek men get more frunk , belligerent, and angry as they are stranded on the shores of Trot - the atmosphere is like a powder keg. Could life get any worse for these women. Great for readers of Greek mythology.
Posted by Erin Cataldi at 2:02 PM

Email ThisBlogThis!Share to TwitterShare to FacebookShare to Pinterest
Labels: pat barker, The women of troy