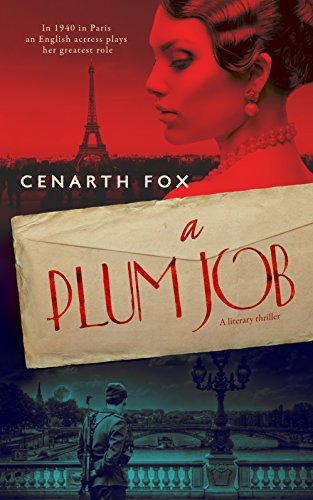 An aspiring actress, a Nazi who despises the German regime of bigotry and hatred; countries apart these two vastly different individuals have no idea that their paths will one day cross. Louise Wellesley  wants nothing more than to grace the stage, but first she must convince her father that in modern day 1938 women can go to college and act. Little does she know that once she wins over her father, many powerful men will notice her talent and she will be offered a surprising, nay plum job. Over in Germany, Max Hartmann finds himself in the clutches of the Nazi regime, it's either join or die, so Max joins but he doesn't relish the job like his cousin Kurt does. Even though they fight on the same side, the cousins are fighting different demons. Kurt wants to be the best, wants Hitler's personal commendation, whereas Max is trying to do as little damage as possible. Once war breaks Louise, Max, and Kurt find themselves in the magical city of Paris and the circumstances could not be more dire. For fans of historical fiction, theater, and thrillers.

I received this book for free from the author in return for my honest, unbiased review.
Posted by Erin Cataldi at 4:05 PM