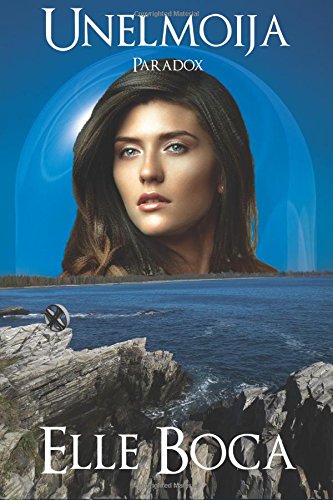 The fifth installment of the Unelmoija series answers some questions and raises others. Amy and Kat still reeling from the death of their mother are trying to move on with their lives. Their grandparents and Duncan have moved in, hoping to raise their spirits and morale. They cope the only way they know how, by eating copious amounts of food. The most described and detailed part of this book are the massive meals (and I do mean massive) and it just made me want to eat! All eating aside, the proverbial shit hits the fan when, Vlad (the traitorous friend mentioned earlier in the series) , storms into their house and demands that the family help his father. Vlad's father, Klaus, is suffering from a severe meltdown and is convinced that Kat and Amy's dad is responsible for his dad's death. If he doesn't get the chance to kill him, he threatens to destroy the nuclear power plant and kill all of Florida. Amy promises to help find him some answers because she's not convinced that her father is a murderer (although he is a jerk). What she discovers will change the very fabric of their lives and all their futures.

While it can be confusing at times, readers will enjoy the timeshifting and troubling consequences that arise from it. Definitely ambitious, there is a twist at the end that will leave many wondering about more titles in the series. An urban fantasy that Floridians, food lovers, and adventure seekers will surely enjoy.

I received this book for free from the author in return for my honest, unbiased review.
Posted by Erin Cataldi at 6:54 AM