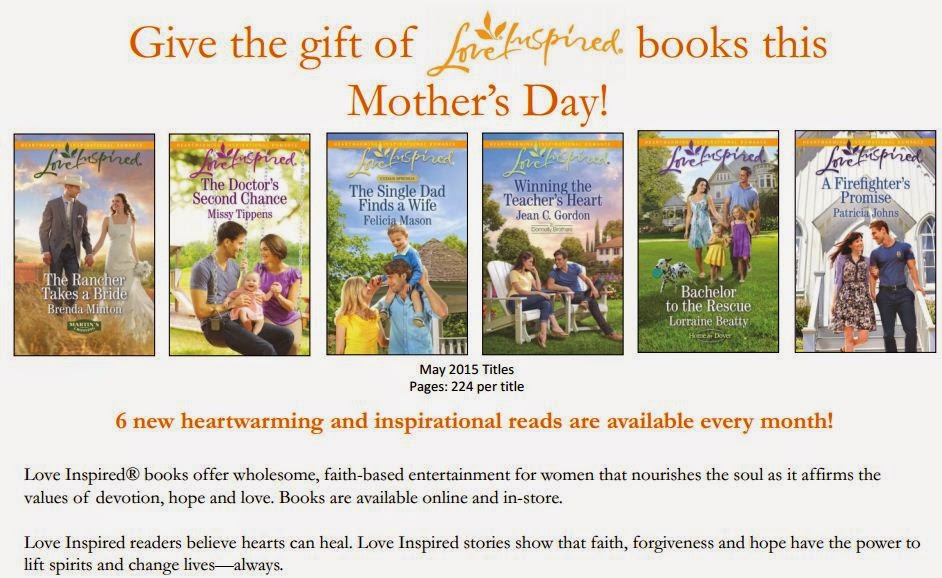 I had to find out what all the hype is out because Harlequin's Love Inspired line of paperbacks are some of the most checked out books in my library. We get six new titles a month ranging from historical to modern romance to Amish, most titles include at least one of the following words in the title: firefighter, cowboy, rancher, bachelor, widow, doctor, or Amish. I never took them very seriously and wondered what could possibly keep patrons coming back for more. Reading the following two books, helped me get some insight onto the popularity of these quick reads.

A Firefighter's Promise, follows the story of a young widow and her son who just moved to town to find a fresh start. Rachel's son Carter had a hard time at school because he was bullied for being adopted, Rachel hopes that by moving to the town where he was found (abandoned at a fire station) he can start to put down some roots and make peace with his life. What Rachel didn't expect was to run into a handsome fireman, the same one who took care of Chris when he was left there as an infant. There is an undeniable attraction between the two, but Matt (the sexy firefighter) is in a rush to leave town to flee the memory of the little girl he was unable to save from a fire a few years prior. It's chaste, romantic, cute, and charming. Why don't Matt's exist in the real world!? Overall, it was a quick light hearted, feel good read, and I can see why people are soo eager to read these titles. Who wouldn't want to escape into a perfect world where everything has a happy ending?

I had to pick up Bachelor to the Rescue because it featured a librarian. I wanted to see how badly stereotyped she would be, but I was pleasantly surprised. Not only did our main character, Lainie, have a masters degree in library science, she also realized how hard it was for libraries to stay relevant in today's modern world (even though it was only mentioned once). I also like that she wasn't a frumpy cardigan wearing, secret nymphomaniac. She was a young widow with two children trying to find a fresh start in a new town with a new job as a head librarian. The only unbelievable aspect was that she never read (at least not in the book, Lainie flips though the Bible only once, no other reading material is mentioned... suspicious) and she didn't own a cat.

Long story short, Lainie and her two daughters move to town and are instantly robbed. Instead of being able to buy a house and get settled she has to rely on an enemy for help. The man that is responsible for her husband's death lives in the same town and for the sake of her daughters she turns to him for help. He offers to let them stay in his huge Victorian house while she waits for her new credit cards and ID to arrive and even helps out with the groceries. Despite her best intentions, Lainie finds herself falling for this man. Shocking, I know. I won't spoil too much but you better believe there is a happy ending. Yay for librarians!

Overall, it was good to see what all the hype was about. They're quick light reads and easily finished in a day or two. Now for the good part, THE GIVEAWAY! You can win a set of SIX Love Inspired books, no strings attached. All you have to do is comment below with your name and which title you want to read most. The six books in the bundle are as follows:

Also, if you're interested in purchasing some Love Inspired books, click here and use the coupon below!! 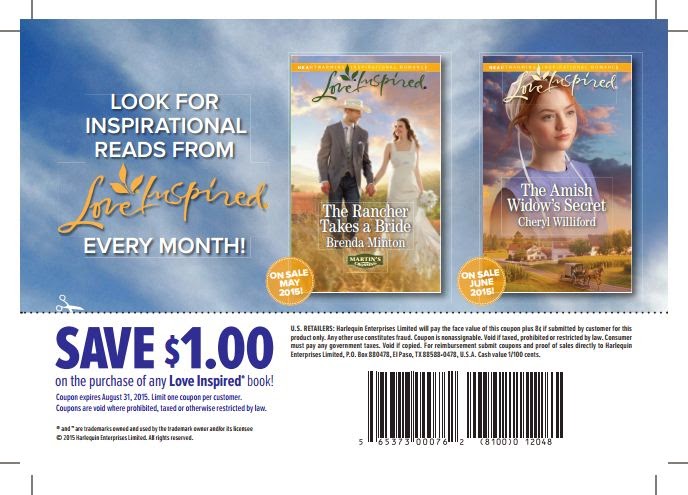 "Disclosure: Many thanks to Propeller Consulting, LLC for providing this prize for the giveaway. Choice of winners and opinions are 100% my own and NOT influenced by monetary compensation. I did receive a sample of the product in exchange for this review and post.