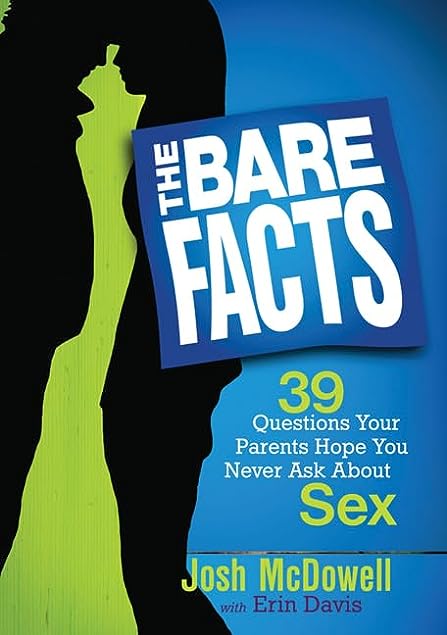 Where was this book ten years ago?! Seriously! Normally I don't advocate for abstinence only education (stats prove that a well rounded sex-ed class decreases teen pregnancy drastically, schools that teach abstinence only generally have more pregnant teens and rampant STDs), but if this were the required reading I would definitely reconsider my stance. Unlike a lot of other books in this sub-genre, author Josh McDowell, doesn't just tell teens not to have pre-marital sex because God doesn't want them to, he talks about the science why. Now that is a way to get kids listening. Some of the statistics on STDs, birth control, and condoms were scary, even to me! I can't imagine what a teen would think (hopefully to wait a bit). Most teens aren't motivated solely by the bible, sometimes they need an extra push to do the right thing and this book definitely provides that. While their is a lot of Biblical tie-ins (this is a Christian sexuality book) that is the sole research McDowell uses. He sites studies from Planned Parenthood, the Kaiser foundation, Dr. Ruth, the CDC, and hundreds others. He really did his research and that shows! 19 out of 25 STDs aren't prevented by condoms, 80% of all woman will have HPV by the time they are 50, couples who co-habite before marriage have a higher chance of divorce than those who don't, and so on. Some of the statistics were really shocking!

If this book doesn't change your teens mind it will at least force them to think about the consequences of pre-marital sex. A must read for Christian teens, youth groups, and abstinence only education.

I received this book for free from Moody Publishing in return for my honest, unbiased opinion.
Posted by Erin Cataldi at 11:18 AM