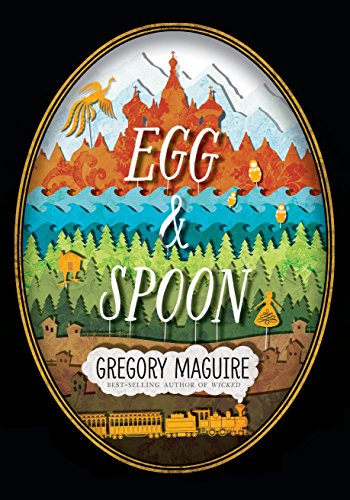 A Russian fairy tale of sorts for children, written by the writer of Wicked. Even though the story centers on two thirteen year old girls, the story bounces between being an immature, fun children's book to a fanciful, complex, beautifully written adults book. Basically, it has something for everyone.

The story is about a thirteen year old poor peasant girl, Elena, who accidentally swaps places with thirteen year old aristocratic, Ekaterina. Elena wants to plead to the Tsar to release her brother, Luka, from the service and help save her small village from starvation. Ekaterina, on the other hand, just wants to get back to her way of living. The whole peasant life isn't really her thing. Along the way Elena and Ekaterina meet a wide array of magical characters. There is the firebird (who has gone missing!), Baba Yaga and her walking house, Dumb Doma (to be honest, these two really steal the show. Yaga is hilarious!!), and an army of Matryoshka dolls. In order to save themselves, Elena and Ekaterina first need to help save Russia. Can they do it?

Fanciful and fun this is a must read for fans of Gregory Maguire or Russian folklore.
Posted by Erin Cataldi at 7:05 AM