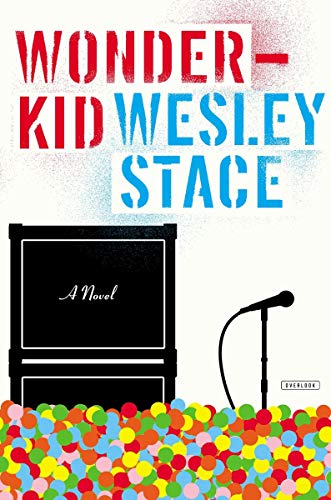 Perhaps the greatest band that never existed, author Wesley Stace (you may also know him as folk singer-songwriter John Wesley Harding), sure makes you wish they had. Under the direction of the madly energetic and bizarre Blake Lear, a group of London misfits goes from being an unnoticed nonsense band to an overnight sensation in America. The reason for their success? The record label saw potential in their mad rag tag group and decided to market them to a new audience, children. In Los Angeles they pick up some new band members and put together a show that kids and their parents will enjoy. Everyone music. Told from the perspective of Sweet (Lear's recently adopted kid, only ten years his junior), the gradual rise of the Wonderkids is a sight to behold. It is laugh out loud funny and oh so believable. Regrettably, the story started out a bit slow, but by the time the band is in America it picks up massive momentum and becomes impossible to stop listening to. There is added authenticity to the story as it is narrated brilliantly by the author, complete with British twang, hilarious impressions and two bonus songs at the end. A must read for fans of music memoirs and humor. - Erin Cataldi, Johnson County Public Library, Franklin, IN
Posted by Erin Cataldi at 5:16 PM