The Philosophy of Modern Song 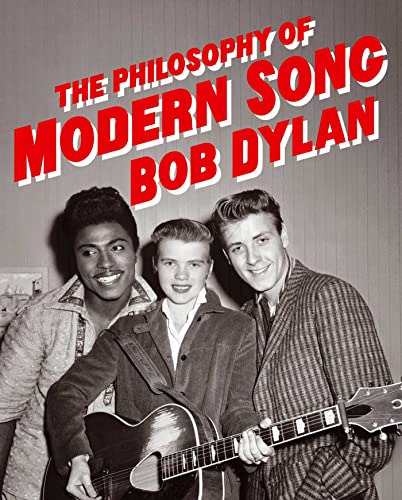 Nobel Prize winning singer-songwriter, musician, and American icon, Bob Dylan, pens his first book in nearly two decades. The Philosophy of Modern Song is a collection of more than sixty essays that breaks down big music hits, overlooked ballads, and music staples; from Elvis Presley to Elvis Costello and from Bobby Darin to The Clash - Bob Dylan shares musical knowledge, philosophy, and insight that he has accrued over the past 80 years. Each essay looks at a different songs lyrics, beats, history and more; written in Bob Dylan's signature rambling, fast paced style. While the book contains over 150 beautifully curated photos; the audiobook features an amazing full cast performance of celebrities. Jeff Bridges, Renée Zellweger, Oscar Isaac, Helen Mirren, Steve Buscemi, John Goodman, Rita Moreno, Sissy Spacek, and Bob Dylan himself are just a few of the narrators in this all star line up which makes for some spectacular listening. Of the 66 songs discussed only 4 are sung by women - which is shame - but is also Bob Dylan's prerogative. Nearly half of the songs are from the 50's and the others songs go as far back as 1924 and all the way up to 2003 (after which presumably - good music stopped being made). This collection doesn't encapsulate Dylan's all time favorite songs - they are just strong songs that inspired him to write about them (and not always for good reasons!). Listeners won't necessarily agree with all the selections but will certainly enjoy learning about some obscure songs as well as some chart toppers. The all star narration makes this audiobook shine.
Posted by Erin Cataldi at 12:54 PM

Email ThisBlogThis!Share to TwitterShare to FacebookShare to Pinterest
Labels: Bob Dylan, The Philosophy of Modern Song