The Letter from Briarton Park 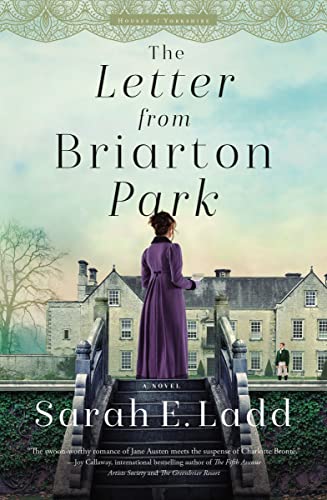 There was some gothic vibes, but really this was a Regency romance that focused on uncovering family secrets and trying to find a place in the world. Cassandra Hale grew up never knowing her parents, but knowing that she was valued as a pupil and then a teacher in her girl's school. When her mentor confesses on her deathbed that she knew who her parents were and had withheld a letter with information to her past, Cassandra is incensed. How could she hide that from her?! The letter is from Briarton Park and states that the sender would like to talk about her past. When Cassandra arrives she discovers that the sender of the letter and owner of the estate has been dead for two years. But at least she knows she is closer to answers. The Vicar of the town is most attentive to her and wants to help her uncover her past, as is the current occupant of Briarton Park, a widower with two beautiful children. Is romance on the horizon and if so, with whom? A solid inspirational read.
Posted by Erin Cataldi at 11:21 AM