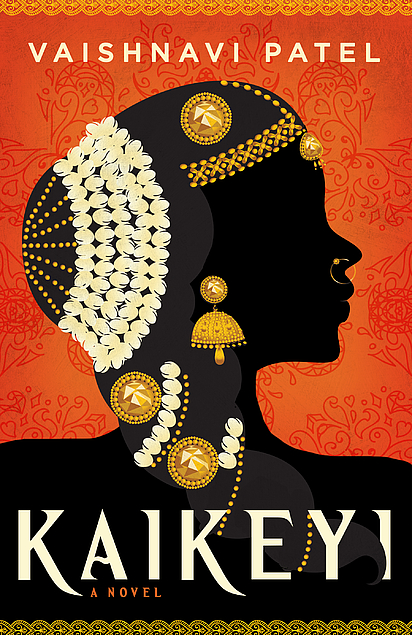 I ended up really enjoying this! I wasn't sure what to expect and I'm not super familiar with Hindu beliefs, but I ended up getting really interested in Kaikeyi's story. Kaikeyi was the first born to royalty but as a twin and as a female, not much was expected of her. Her twin brother would one day take over the throne and get to make all the decisions. Thankfully she and her brother were close so he took her seriously and allowed her to train as a warrior and speak her mind. Even though she is a female she has warrior's s skill and a sharp mind. When she finds an old scroll that teaches her how to access the blinding plane - she discovers that she can exert her influence over others. When her brother agrees with her father about marrying her off to a neighboring kingdom she feels betrayed, even her new skill won't save her. She will have to start her way on the bottom as a third wife and find a way to use her skills to obtain power and use it to help other women. There are many rich layers to this story and it reads as an historical/fantasy/adventure drama. Very exciting.
Posted by Erin Cataldi at 3:50 PM