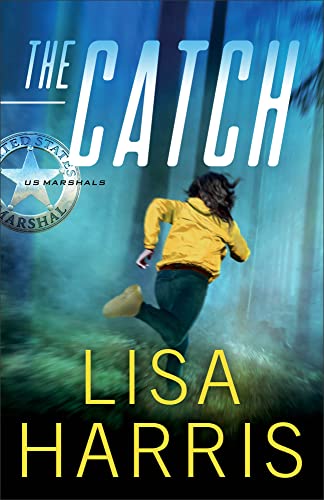 Admittedly the third book in the series, this was my first book by this author. That being said, I had no trouble following the storyline. Action packed, this clean thriller follows Madison as she deals with a flurry of cases. She's just received word that they may have finally apprehended her husband's killer, years after the fact. She is trying to process that when a trial goes bad and there is an attempted kidnapping of a judge. While protecting him they discover that his wife has been murdered and it might be by the judge's mistress. On top of that, the baby he and his mistress had together, is missing along with the babysitter - when will things end?! Fast paced, the plot sounds complicated, but quickly straightens itself out. Many characters prove redeemable, while others are bad through and through. The Catch is a clean, inspirational thriller about learning to trust others, but to most importantly place trust in God.
Posted by Erin Cataldi at 11:06 AM

Email ThisBlogThis!Share to TwitterShare to FacebookShare to Pinterest
Labels: lisa harris, the catch