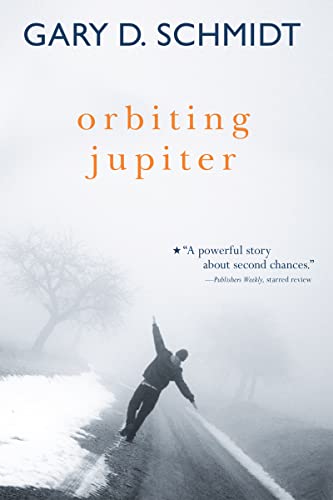 This book borders between middle grade and teen fiction. It's got some heavy themes but is a very readable and emotional book. When Jack's parents tell him they are taking on a foster kid, he's excited. Then they follow up by saying that Joseph, the foster kid they are taking on, tried to kill a teacher, and even though he's only thirteen he has a daughter who he's never seen. They doesn't scare Jack though - he's excited to get to get to know Joseph. At first Joseph is quiet and rarely smiles. But as he becomes used to his new foster parents and the farm he starts to open  up a little at a time. He milks the cows, reads, and starts to excel in school. How can he possibly have such a big and bad reputation?!? A very quick read that will engage readers.
Posted by Erin Cataldi at 9:29 AM