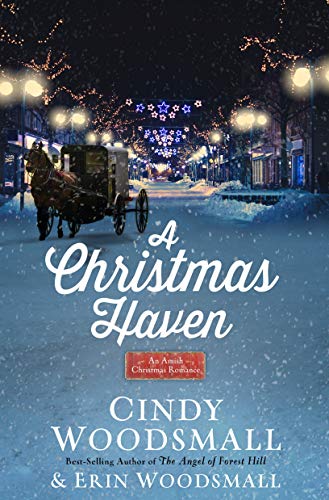 I was hoping that Christmas would be more of a central theme and honestly Christmas didn't play into the story at all. Most of the novel takes place in summer and fall. Ivy Zook has decided that she is going to leave the Amish in order to pursue her dream of party planning. Her mother is devastated and begs her to wit a few months so as not to cause a scandal and ruin her sister's wedding and Ivy reluctantly agrees. When a Swartzentruber Amish man and pregnant woman crash a car into the storefront where Ivy's sister works her mother agrees to take in the young couple until the girl gets better. Things get even more complicated when they learn the circumstances that the two Swartzentruber are fleeing from. Ivy's problems suddenly don't seem so big - but she's still not willing to let anything get in the way of her following her heart. Again - pretty ok - was just in the mood for a holiday read.
Posted by Erin Cataldi at 1:58 PM