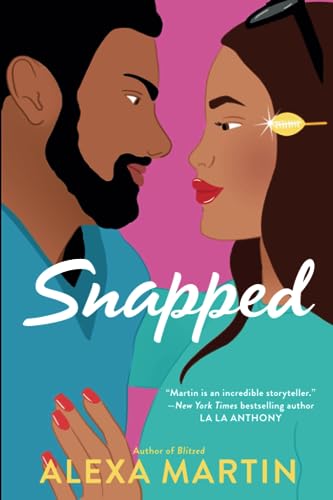 This one definitely tackled some big issues (more so than her other three) and I really appreciated her author's note at the beginning. Elliot Reed has received her dream job - she working her late father's favorite pro-football team, the Mustangs. She thought it was going to be a cakewalk but when the hunky quarterback blacks out the NFL logo on his jersey AND kneels during the anthem for a game she knows that she has her work cut out for her. Soon she's having to work directly with Quinton to "restore" his image and run damage control. People all over the country are sending hate mail, spewing vitriol, and slandering him every chance they can. What Elliot doesn't expect is that sparks will fly with Quinton. He's filling a hole she didn't know she had in her life. Touching, deep, funny, and extremely relevant. I could have done without some of the side characters (Elliot's friends) - but I have a sneaking suspicion they are due for their own books soon - if Vonnie doesn't get one next! Love this series.
Posted by Erin Cataldi at 8:25 AM