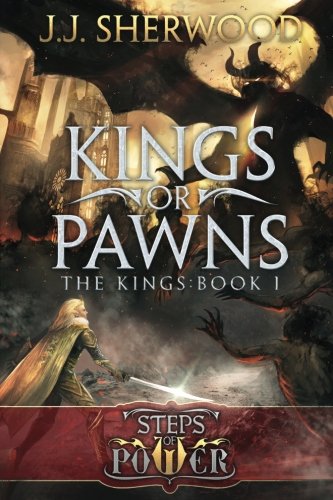 I haven't read an epic world building fantasy in quite some time and this one really fit the bill. As with most epic fantasies, this one took me a hot second to get into just because a few of the names were challenging and I had to get a good grasp of the characters, plot, and land. Once all that was absorbed I really got into it! There are great elements of political intrigue, pawns and puppets, spies and assassins, and you aren't really sure who is on what side. Told through the perspectives of multiple characters from the general all the way to a mute servant girl, the story is fast paced and full of intrigue. Elvorium has become corrupted by greed and profits and there is an assassin on the loose. King Hairem ascends the throne when his father is slain and he has to try and reign in all the council members to try and actually work for the people. Stopped at every turn by corrupt officials he becomes  disillusioned, that is until he meets the elf of his dreams. But what if things are even more troubled than they seem? Should the general be out fighting Centaurs when he should be trying to find and kill the rebel leader that has been attacking cities on and off again for years? Who would dare try to practice necromancy? How deep does the corruption go? Wonderfully written and plotted out, I cannot wait for the next installment! Especially with the ending of this book! If this sounds like something you want to read (and trust me, you do!) enter the contest below!!!

I received this book for free from the author in return for my honest, unbiased opinion.