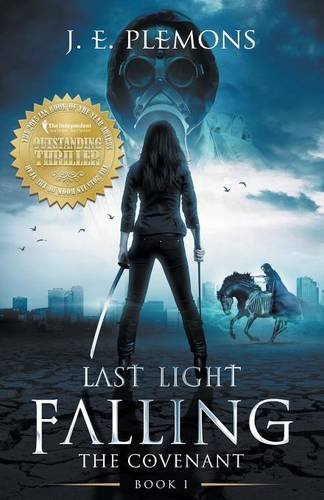 Wow. Quite literally the BEST young adult christian book on the market. The characters are real, they aren't picture perfect Christian cut outs portrayed in soo many other Christian fiction titles. They have faults, they curse, they act like normal teens (minus being killing machines chosen by God). It was really refreshing, and I think the author did an amazing job making his characters real and relate-able unlike many other books on the market.

Arena and Gabe are twins and they have no idea how much their world is about to change. They are living with their foster parents and the end times are near. The government is falling apart, guns are outlawed, homeless people are killed, and public executions are the norm. If they thought high school was rough, things are about to get a whole lot harder. On their fifteenth birthday they receive a key in the mail, a key that will open the doors to a whole new future. a future that God has planned for them. Arena must help overthrow the corrupt regime and prepare the world for the end times, her brother standing by her side helping with logistics and weapons. It's lucky that she has trained for years in the martial arts because those skills are going to come in handy as she unleashes her lethal art form on the evil. Along with her uncle, her martial arts instructor, and her brother Gabe, they must fight the corrupt soldiers city by city and save God's people.

A wonderful apocalyptic novel for teens. While it can be violent and sometimes nearly unbelievable that a fifteen year old can wreak so much havoc, I think teens will thoroughly enjoy the badassery of Arena. Soo glad that teen heroines are the new thing!

I received this book for free from the author in return for my honest, unbiased opinion.
Posted by Erin Cataldi at 1:13 PM