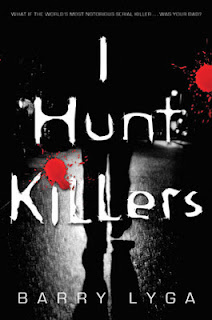 Overall the book is fantastic! It hooks you right from the beginning and you learn more about serial murderers and methods of killing than you ever wanted to know, but it's fascinating in a creepy way. This book is a must read and it's nearly impossible to put down. The ending alone is worth reading for, holy crap you don't see it coming. There better be a sequel!!
Posted by Erin Cataldi at 8:16 AM